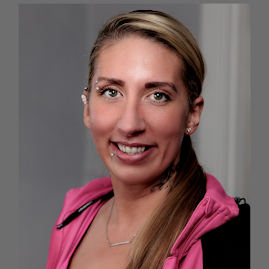 Long before NaTosha became a parent ally mentor, she knew it was her destiny. Even at the heights of addiction, she already saw herself on the other side. She used to say, “I’m not going to be like this forever, and one day, I will help people like me.” Since April 2021, every day has been that day.

At only 12 years old, NaTosha started using marijuana, cocaine, and ecstasy. By the time she was 15, she was using meth and began entering juvenile detention. At 18, NaTosha entered a state penitentiary. Released at 23, she started using heroin. The past decade of her life has seen her move through the revolving door of incarceration with four prison sentences, including for burglary, gun charges, and property crimes. In between her sentences and in the throes of addiction, she gave birth to her son. “I tried to put myself in treatment, tried to put myself in jail,” she said, but unable to access the support and resources she deserved, NaTosha couldn’t stop using during her pregnancy.

The birth of her son further exposed NaTosha to the chaos and confusion of the dependency and court system. At her most vulnerable, she was surrounded by figures who felt superior to her, people who couldn’t remotely understand her world and what was happening in it. “We didn’t have any programs like this [Homeward House], so I really was standoffish toward them,” she said.

Her battles with incarceration and addiction were compounded by family heartbreak and trauma. During her final prison sentence, she lost parental rights to her son. At one point, she endured the deaths of her mother and brother only one month apart. “I had to go say goodbye to my mom and my brother in an orange jumpsuit with chains around my waist and ankles,” she said. “And that’s when I realized the reality of what the hell I’d been doing for all those years.”

NaTosha’s final release from prison was the final ultimatum for herself, and she decided it was time to grow up. “I threw myself into changing my life,” she said. And she did.

Growing up and following the road to recovery introduced NaTosha to some harsh realities, and she warns the parents she’s working with about them.

“You have to change every single thing about who you are. And that’s difficult, and it’s overwhelming. But the more you do it, you just don’t look behind you. You keep going forward.”

As for why she is a parent ally mentor, it’s simple. NaTosha wants to be the advocate, the representative, the hand to hold that she once needed. For parents, she’s the embodiment of compassion and human understanding; she desperately searched for lawyers and social workers but never found them.

Most importantly, she reminds parents that she’s not above them, only beside them, waiting to meet them at the other side.

NaTosha dispenses the same advice she gives her son for all the unknowns they will inevitably face. “He’s not allowed to say ‘can’t.’ He’s allowed to say ‘I don’t know how.’” The road to sobriety and family unification is overwhelming, filled with unknowns and uncertainties. But NaTosha is there to answer the questions that need answers, to show parents that anything is possible.

Every day, NaTosha reminds herself that anything is possible. As she and her husband join forces in their sobriety, like any other humans, they cannot avoid the fact that life still happens. They lost a 22-year-old son. NaTosha says the tools she has today allowed her to confront her loss instead of running away from it.

Today, NaTosha is clean. She is a newly married wife and a 4.0 student. She’s getting her associate degree in social and human services, an addiction studies certificate, and has a bachelor’s on the horizon. Her son was taken at two weeks old, in October 2020, mother and son were finally reunited. This year, NaTosha is in the final steps of reclaiming her parental rights. “Even seven years later, I got my baby back. I’m living proof to parents that it is never too late,” she says. For the first time in a long time, she is genuinely happy, genuinely thriving, and genuinely ready for whatever comes next. NaTosha is finally able to genuinely say, “I’m living.”