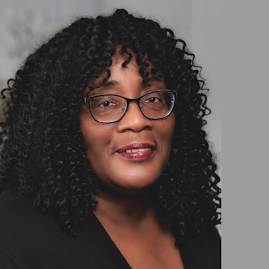 Monica’s story starts with a phone call. A year into her dependency case, a social worker was calling to let Monica know that her parental rights were being terminated and her children would be placed up for adoption. That phone call was almost twenty years ago, and it was the catalyst for her decision to travel on the road to recovery, her sobriety, and reuniting with her children.

A year into her dependency case, a social worker called to let Monica know that her parental rights were being terminated and her children would be placed up for adoption. Did she want to do something about it? Of course, she did, but she didn’t know how.

“I didn’t have any help from family or the system. I was told what had to be done, and I had to kind of figure out how to get it done. You just felt like you didn’t have anybody, and nobody really cared. For a long time, I didn’t care, and I just kind of gave up.”

That phone call was almost twenty years ago, and it was the catalyst for her decision to travel on the road to recovery, her sobriety, and reuniting with her children.

But before that phone call, the overwhelming and complex nature of the dependency system left Monica feeling like she couldn’t bring her children home.

Monica was battling her addiction while fighting a system that didn’t seem to want her to win.

It was when Monica started to fight back against her addiction and fight for her sobriety that her social worker reciprocated the energy. “After she saw that I had gotten serious, that is when she started to work with me. That made me feel like she was not working against me, and she was working for me,” Monica said.

However, there was only so much that the social worker could do, which meant that the bulk of the hard work was left up to Monica to accomplish on her own. That meant attending treatment, showing up and being present for visitation, finding housing, looking for employment, and, more than anything else, maintaining sobriety—all things necessary to reunify with her children. It was hard work, and having to take public transportation sometimes meant that Monica’s day would begin at 6 a.m. and end at 10 p.m.

But when the next hearing rolled around, what was supposed to be her termination hearing was an announcement to the world that Monica was engaged and that she was on track with her required services.

After months of hard work and determination, Monica was fully reunified with her children and her dependency case was closed!

Twenty-plus years later, Monica is now a parent ally mentor. Although her life turned 180 degrees since then, unfortunately, the dependency system has not. While some social workers understand the challenges that parents are facing and are willing to step outside the lines a little bit to help, unfortunately, some are just as rigid as they were twenty years ago.

That is why in December of 2020, Monica became a parent ally mentor to support parents who don’t win the social worker lottery—parents who are not guaranteed the compassion and moral support they need and require as they navigate the dependency process.

“I have always wanted to be able to reach out and help another parent who was going through what I went through in what feels like a suffocating and isolating process.”

Monica reminds parents that they are not alone and that she is there to support them.

Monica has arrived on the other side through all her suffering and hardship—to life after addiction. She is a testament that life goes on, life can get better, life can be different, and life in sobriety can be amazing!

Today, besides being a mother, Monica is also a grandmother and great-grandmother. As the matriarch of four generations, she savors the time she gets to spend watching her family bloom, seeing them grow up, and cooking for them when they ask for Mom’s pot roast and Mom’s mac and cheese. She is grounded in her faith and grateful to have made it to the age that she is now. (She’s not telling what that is!) She has also discovered a new passion for traveling and has just obtained her passport and completed her first journey abroad. Monica works as a parent ally mentor throughout the year, in addition to being a tax specialist during tax season.

Monica’s real passion is to continue working in social services, perhaps one day becoming a social worker with the ability to bring a lived-experience perspective to the job.

She brings a wealth of diversity, experience, and lived-experience perspective to every parent she meets. Regardless of all the things that make us different, speaking to someone of our shared experience can make all the difference in someone’s life. “When parents understand that you are not there to judge them but instead there to help them, they begin to understand that you’re not just another person trying to tell them what to do. You are trying to tell them,